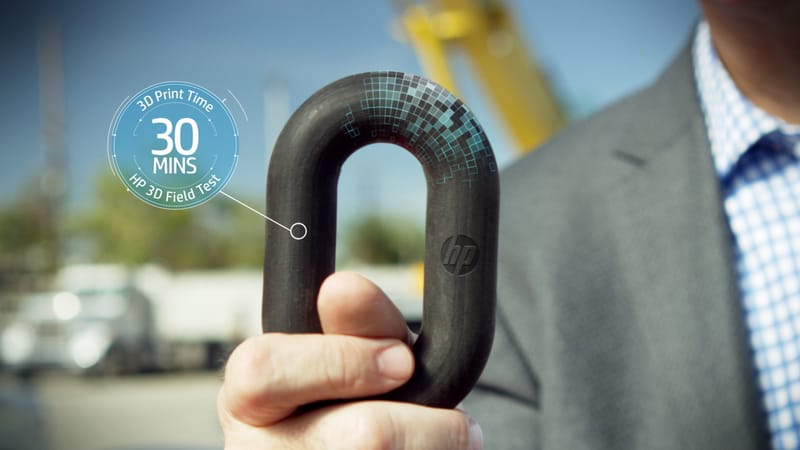 Made in just 30 minutes on an HP Jet Fusion 3D Printer, this plastic chain link can lift 10,000 lbs.